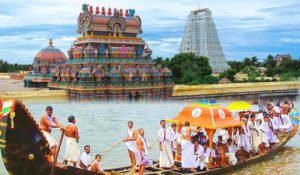 India the land of ancient civilization is definitely there is no doubt stating the same. There is never a dearth of options for the travelers. As India is a very vast country hence exploring it in limited time frame would not be possible. More than a year of time is required to explore the country and definitely no traveler has this much time. Hence, considering the concept of maximum exploration in minimum time, it is required to decide on the destinations. Now, there comes the question where to head in India.

Though India is divided into four parts but from tourism point of view basically India is divided into two sections one is north India and the second one is south India. These two are the two basic division of India. Now, which part to explore if you can only explore one? We are here presenting few facts that will make your decision right.

Convenience: The first concern of every traveler is the convenience of reaching the place. As compared to north India, south is pretty much convenient to reach. Not all the parts but there are certain parts of north India where still there are no proper means of commuting and hence it can create a problem to them.

Expenses: This has been recently revealed in a research that southern part of India is cheaper for the travelers than the northern region. However there are few destinations like Andaman and Nicobar Island and Goa that would be slightly high on pocket but at the same time there are places in North like Leh and Ladakh which is similar in expenses as their counterparts in south India.

Culture: India is known for its culture. This land of ancient civilization definitely has much to give to the travelers. The vast culture of the country is definitely something to explore but if you want to be particular then visit South India, there is much more for you to explore.

Safety: From safety point of view, the recent researches have revealed that south India is much safer for travelers and that too particularly women travelers and international tourist. So, if you are travelling solo or it is your first visit to India then head towards south.

As per us, you should head towards South. We are not saying that northern part of India is not good but if you are being particular then south will give you more.