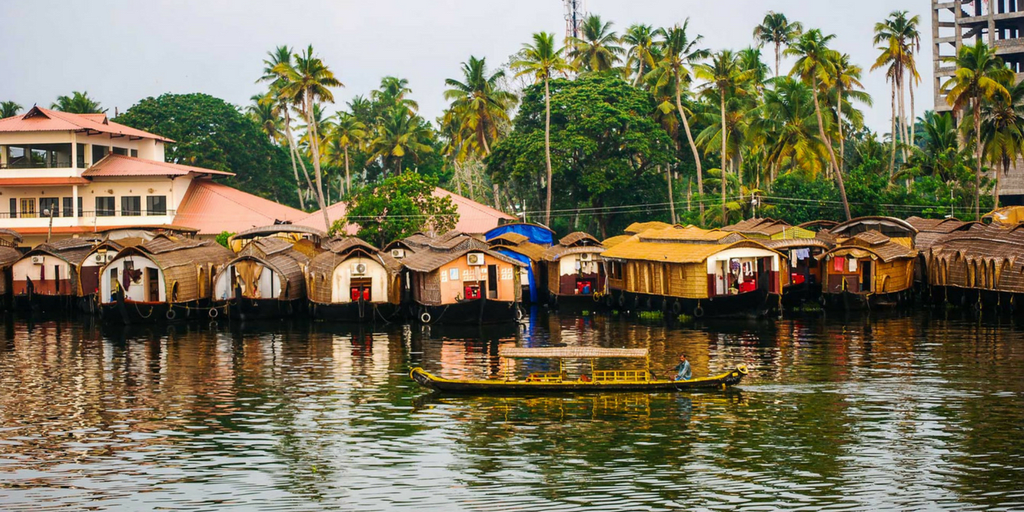 Kerala, fondly known as God’s Own Country is a tourist delight. There is no place on Earth to even compete with Kerala’s beauty. It is mesmerizing. It is captivating. It is breathtakingly beautiful. The best thing about Kerala tour is that it comes in a complete package, from mountainous s terrains to lowland, from wildlife sanctuaries to sea beaches, from waterfalls to backwaters. And the boathouses are like icing on the cake. Kerala tourism is once in a lifetime, unforgettable experience. What sets apart Kerala tour from other tourist destinations is that Kerala has a lot to offer. It is limited to just the beaches or the mountains. The geographical diversity is enthralling.

Kerala is not just pleasing to the eyes. It has a magic appeal. It has a feel to it. One can sense nature and greenery at all around. The Kerala government has promoted Kerala tourism with respect to the ecological balance. The environment is pious. It seems raw. Kerala’s beauty cannot be fathomed but to grace it the National Geographic Traveler named it as one of the ten paradises of the world. Kerala is world-famous for its culture and traditions also.

Kerala has a huge share of the world tourist population and the tourism industry in Kerala is growing at a pace of 13%. Kerala tour is the most sought after destination tourism all around the world. With its colourful and vibrant festivals and landscapes, it has risen to world prominence in terms of tourism in India. It is situated at the southern peninsula of the Indian subcontinent. It lies on the tropical Malabar Coast on its west and is demarcated with western ghats on the east, sharing borders with Tamil Nadu.

Kerala is one of the most literate states in India. It has customs and traditions suiting to the matriarchal pattern. It has won many accolades pertaining to its grand and unique tourism campaigns to promote Kerala tours all across the globe. The most prominent awards are ITB-Berlin’s Golden City Gate Gold Award for Kerala tourism, 2005- Nominated as one among the three finalists at the World Travel and Tourism Council’s “Tourism for Tomorrow” awards in the destination category. The highlight of Kerala tour is its Eco-tourism initiatives to restore the balance.

So here is a comparison as to why Kerala is better than any other tourist destinations. Kerala has a score of tourist attractions as mentioned earlier. We will be comparing each of Kerala’s tourist attractions to the alternate best. And maybe then you’ll know why its called God’s Own Country.

Kerala tour promises solace and as far as the beaches are a concern, they will not disappoint you. Holidays are fun and everybody wants to have a good time escaping the hustle and bustle of city life. If this is your plan then there is no doubt you will love Kerala beaches on your tour to Kerala. Goa beaches, on the contrary, are more crowded. And also, Kerala has ample of beaches with the largest coastline of 580kms in India.

And here we are! Only Kerala has the most majestic backwaters. There is no other state even worth mentioning or comparing to. The backwaters are for sure going to be a major highlight of your trip to Kerala. Backwaters come with a plus, an additional adventure of Houseboats. The Ashtamudi Lake, Kollam are the focal points of backwater tourism in Kerala.

With hill stations like Munnar and Wayanad, Kerala is far ahead of Shimla and Manali in Himachal Pradesh. The exquisite beauty of Kerala is far beyond what can be mentioned in words. One has to visit this charming state to experience its true charm and beauty. The beautiful state of Kerala is adorned with all the bounties of nature and the hill-stations add greenish tinge to the fairyland.

In contrast to Rajasthan’s arid scenes, Kerala’s visceral and serene beauty is bound to leave you awestruck, Kerala’s wildlife sanctuaries and parks lie in its central lowland comprising of mountain folds. Not to be surprised Kerala is host to two of the world’s Ramsar Convention-listed wetlands, that is, Lake Sasthamkotta and the Vembanad- Kol wetlands. These are also noted as being wetlands of international importance.

Kerala is like a dreamland, a paradise for the lost traveller. With its charismatic beauty, Kerala tour is going to offer you the best of a lifetime. It is laid back and surreal. The calm backwaters and the fascinating waterfalls all sum to make your Kerala trip totally unforgettable. Kerala tourism has the best to offer given its varied topography, geographical conditions and soulful breeze luring you be one with nature.

5 Things to Do When in Kerala

Things You Should Never Do in Your Goa Holidays