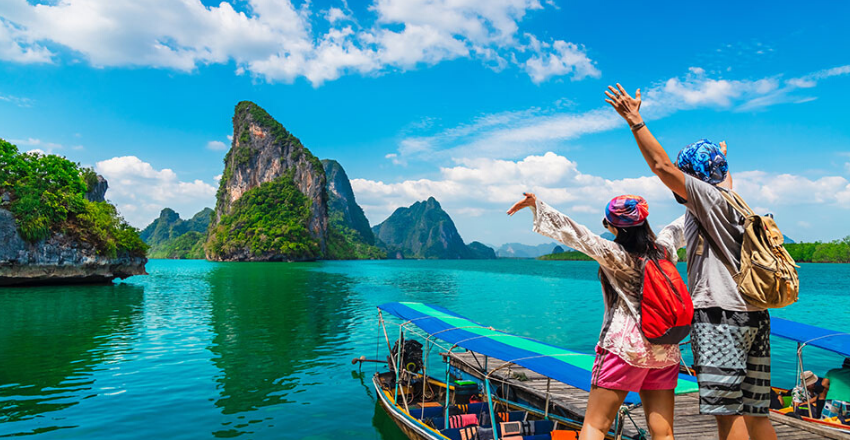 Andaman & Nicobar, an unsolved puzzle of the most extensive and breathtaking islands, is a place that promises to offer something new on your every visit. Housing almost around 572 islands, they are all divided into 5 categories namely, Sentinel Islands, Ritchie’s Archipelago, Great Andaman, East Volcano Islands and Little Andaman. Out of these, Great Andaman enjoys the major attention because of the reasons that it has the capital, Port Blair, offers varied water sport activities and is a home to Great Nicobar Biosphere Reserve.

However, even Havelock Island in Ritchie’s Archipelago is a heartthrob among many around the world for its adventurous activities like scuba diving, snorkeling and others. Each island here holds a history and is a home to the natural wonders of the world. Ross Island, Viper Island, Cellular Jail, Mount Harriet, Hopetown, 96 wildlife sanctuaries, 9 national parks, biosphere reserve, unique bird species and what not, the place has everything that can soothe your aching nerves. Just the ideal places to laze around in the sun toasted beaches, turn your romantic mode on and experience the unexperienced.

See, you already have hundreds of amazing reasons to visit Andaman and Nicobar Islands, but we will here give you a zillion more that won’t leave any room to alter your plan. We have here come up with some really interesting and lesser known facts about this place that will leave you awestruck, and craving more for this place. Get an insight into these facts listed as under-

2. Andaman and Nicobar- the names are taken from Malay language 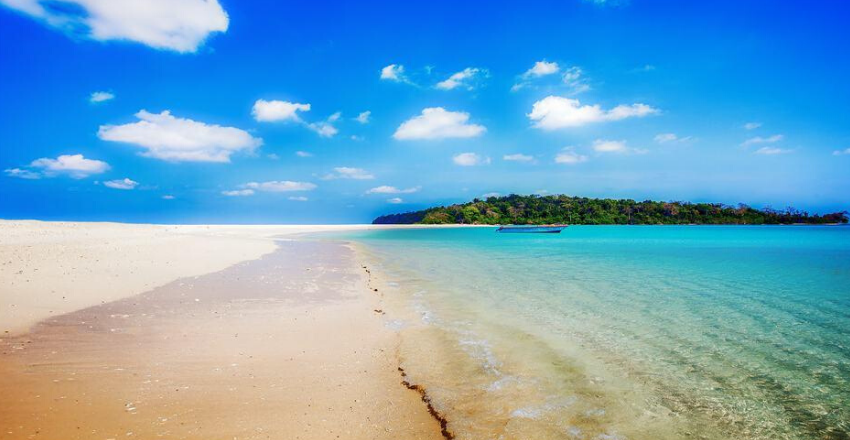 If you have always wondered about the origin of the name of Andaman & Nicobar Islands then here it is. Since Andaman is assumed to have been derived from the name ‘Hanuman’, whom Malays called ‘Handuman’, it was finally polished to ‘Andaman’. And, when it comes to Nicobar, it comes from the South Indian term ‘Nakkavaram’, which in English means ‘Land of the Naked’. Though there are no concrete reasons for this name but it is accepted due to its indication in the great Tanjore inscription of AD 1050.

2. Widely spoken language here is neither Andamanese nor Nicobarese

Sounds strange, no? But, it’s the fact. The most famous and widely spoken language here is Bengali. Yes, you heard it right. It maybe because it is situated at the juncture of Bay of Bengal and is not far from West Bengal. The other language that are popular here are Hindi, Malayalam, Telugu and Tamil. With this, Andaman Creole Hindi is also used as a trade language in these islands. So, you are good to go because it is sure that you must be knowing any one of these languages. If not, then better take a translator with you.

3. North Sentinel Island is the most isolated Paleolithic tribes of the world 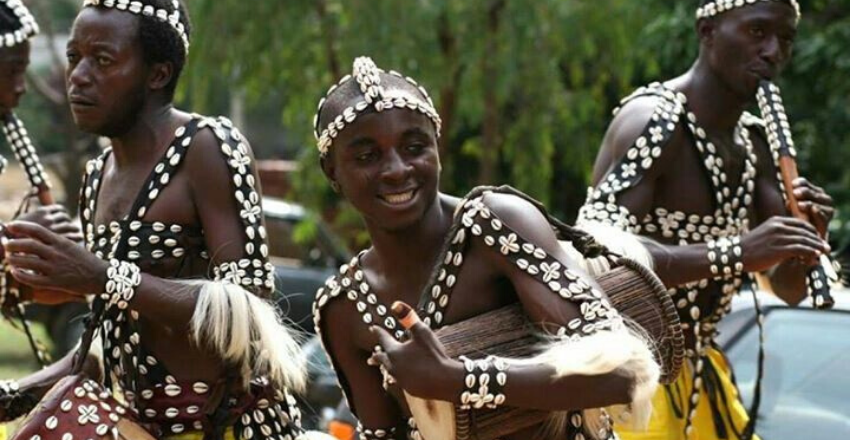 This is one of the most interesting and scariest facts of Andaman and Nicobar Islands. The Sentinelese in this area keep no contact with the outside world and remain secluded. In fact, it is known that this tribe has directly descended from the first human population that emerged from Africa. There are news that whoever has tried reaching this island has never returned because this tribe doesn’t invite any modern human invasion and they are even protected by the Indian law.

4. Commercial fishing is banned in this island cluster

If you did not know it till now then you better know it now that commercial fishing is absolutely banned in Andaman and Nicobar Islands. It’s been more than four decades that no commercial fishing has been done here. When fishes die, they die due to their old age and not because of any human-caused reasons. Dugongs, sailfish, dolphins, whales, sea turtles and other marine life are found in abundance here. This simply means that the nature is preserved well in these islands.

5. The only active volcano in South Asia is found here

Andaman and Nicobar houses the Barren Island, which is the only active volcano in the entire South Asia. This island is situated almost around 135 kilometers north east of Port Blair and is known to be just as large as an area of 3 kilometers. It further has 1.6 kilometer-wide crater, which is half filled by a cinder cone, a source of eruption since 1787. So, on your visit to these islands, you will get an opportunity to see this active volcano.

6. Nicobar Breadfruit or Pandanus is the rarest fruit found and eaten in Nicobar 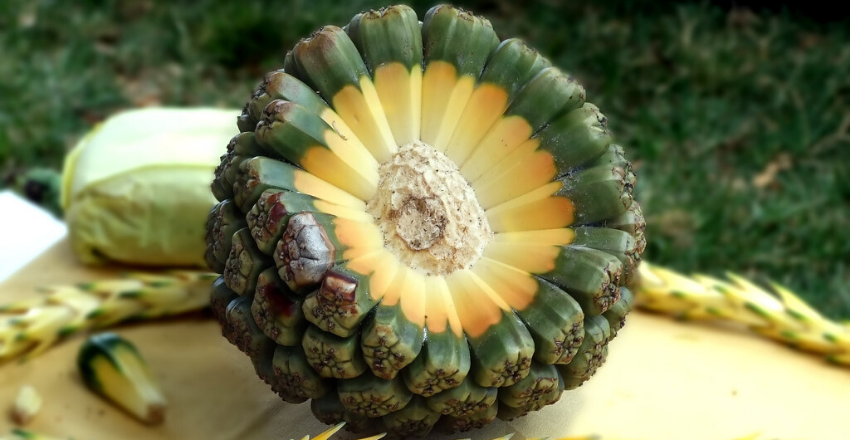 A fruit that has the shades of sunshine in it, Pandanus, is a wedge shaped fruit having a densely arranged pattern. Its body is fibrous and has a number of embedded edible seeds, with each section being fleshy and very sweet in taste.  The dish prepared from this fruit is the staple food of Nicobar. In fact, the stem branches of Nicobar Breadfruit are utilized in construction while the leaves are widely used in weaving mats. Not just this, the outside of Pandanus is used as a bathing brush. So, you see that every part of this fruit is exploited well.

7. Dugong is the state animal of Andaman and Nicobar Islands

Dugong is a very gentle sea cow and is found lying peacefully on the sea grass. They are large, plump and absolutely vegetarian creature, who are also called as ‘angel of the sea’. These cute looking marine creatures with paddle-like front flippers are usually seen at North Reef, Ritchie’s archipelago, Little Andaman and other parts of Nicobar as well.

8. The largest sea turtles in the world are found here

This is again an exciting fact that you can witness the largest sea turtles that are found nowhere else in the world but only in Andaman and Nicobar islands. The three rare species of turtles namely Green Turtle, Hawksbill and the Leatherback (Dermocheleys Coriacea) – the world’s sea largest turtle. It is known that the total population of Leatherback Turtles is more than the number of it found anywhere else.

If you have always wondered about the scene that’s printed on the 20 rupee note then here is the mystery reveals. The beautiful and serene image with bay and lush greenery around is same as what is in present at North Bay Island. In fact, the same kind of view can be seen on your way to Mount Harriet, which is known to be the second highest peak in this archipelago. So, the next time when you visit these islands, do take a picture of this red-colored Indian rupee note with the exact scene behind. 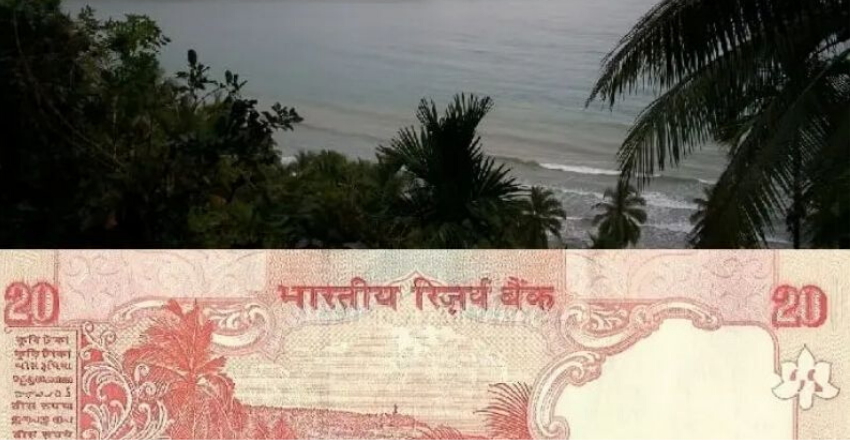 10. Cellular Jail was established here by the British

The punishment of ‘kala pani’ is known to all. This cellular jail in Andaman and Nicobar islands was established by the British. They used to keep the Indian freedom fighters here and in a way that they were not able to communicate with anyone even in the jail. After the revolt of 1857, the British chose this remote land to punish the Indian freedom fighters in the most brutal ways. They were kept in solitary cells where they had no contact with the outside world and were made to work throughout the day. They were made to work on a hand driven oil extractor, which was made of iron. You can visit this place to witness the light and sound show in the evening. The place will fill your hearts with the pain those freedom fighters went.

12. You can kayak through dense mangroves to see the open sea 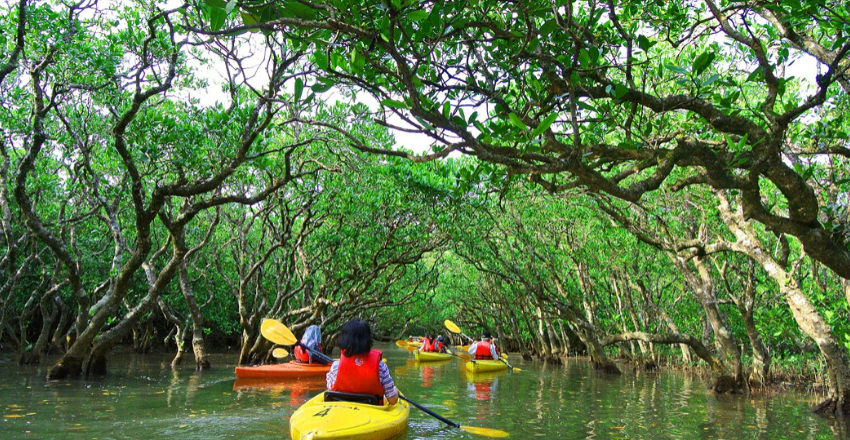 If you love kayaking then this is the best place to do that. Kayaking here will get you the golden opportunity to witness the rich and exotic wildlife of Havelock Island. This place acts as both a breeding ground and a nursery to a variety of living wild creatures like sponges, oysters, shrimps, mud lobsters, mangrove crabs and various others. The place has its own ecosystem and will prove to be the most exciting way to explore the Havelock Island.

13. Baratang- The only place place with mud volcanoes

According to the available records, Nilambur Village in Baratang Island witnessed the first ever mud volcano in March 1983. These volcanoes actually happened by the emission of natural gases and depressurized pore water from the organic matter that has decayed under the ground. These mud volcanoes have loud explosions and fire flares that can be seen from miles away. When the volcano erupts, it forms a mini volcano with rich creamy like mud crater at the top. If you will see the pictures of it, you will think it to be a creamy clay like in texture.

You must have heard about Robber Crab which is also known as the Coconut Crab, is found here. It is known to be the largest living arthropod in the world. They basically live on land but the surprising fact is that they climb up the coconut trees at night to carve a hole in them and then eat the soft kernel of it. While talking about the entire South Asia, Andaman and Nicobar islands is the only place where these crabs are found in the largest numbers. One can see these exotic yet amazing looking invertebrate on South Sentinel Island and also on a few chosen islands of Nicobar. You must not miss seeing this creature and taking a picture of it to show back home.

15. Ross Island was the important headquarter for Japanese and British 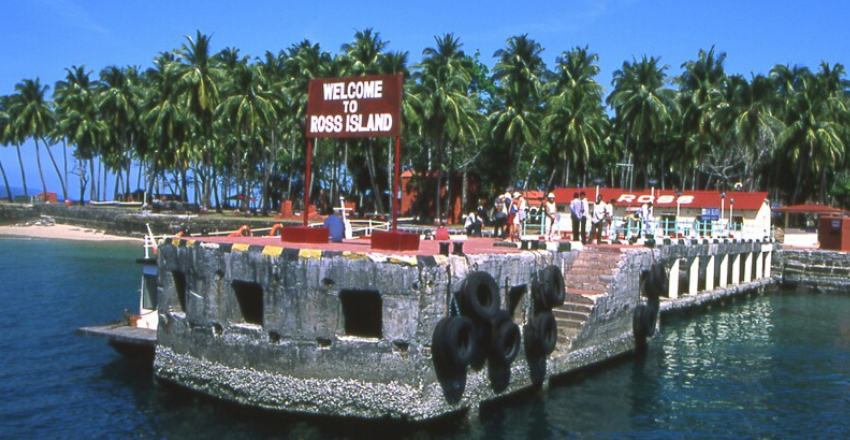 The British that used to inflict torture upon the Indian freedom fighters in cellular jail, used to stay at Ross Island. They has a club, swimming pool, a nice place for leisure to spend their time and live luxuriously. When it’s about Japanese, they were known to convert the headquarter site into POW camp. They constructed war installations and in fact, the remains of it are still found here. The entire area is now under the control of Indian Navy but it also serves as the exciting tourist spot. Those creepy tunnels of world war II and the colonial ruins in the jungle will no doubt, be adventurous to see. So, you must add a visit here to your itinerary now.

If this all makes you to plan your honeymoon to Andaman & Nicobar Islands then nothing would be dreamier than this. The famous islands of Andaman will make your dream vacation turn into a reality much more beautiful than your dreams. Doing prior planning like booking a travel package to Andaman through a reputed tour and travel company in India will make things go smoother for you. The right tour operator India will plan your vacation in a way that more fun, adventure and tranquility will be added to the trip.

But, how to hire the best tour operator? Sure that this question must be pinching your head. After all, it’s about your vacation of the life, it’s your honeymoon and you cannot make any compromises with it.  So, to hire the best, what you can do is browse through the internet well and see what all options of tour and travel companies are available in your area. Checking out the ratings of it and reading the testimonials will give you a fair idea of the quality of its services. It is suggested to hire only that tour operator that has positive feedbacks by the past customers and takes full guarantee of the success of the trip.

With this, you must also look for the year of establishment of the operator, as the experienced ones will be able to plan your trip in a much better way than the amateur ones. So, it’s the time to pack your bags and make the most of your honeymoon on the serene beaches of Andaman and Nicobar Islands. No doubt, nothing can be more romantic than walking hand in hand with your partner on the shore of the beach with white sand kissing your feet. Have a safe and happy trip!

9 Best Monsoon Destinations in South India You Should Explore

Top 21 Places to Visit in Andaman and Nicobar Island